Department of Foreign Languages presents a cycle of lessons on
Body Distance and Social Interaction
Within the topic Me in the World, we have prepared some interactive lectures to instill the norms of Social Interaction.
Body distance has always been important; however, in the light of recent events it has become even more actual. If you observe people talking you can see how they maintain a private space around themselves. Paying attention to how close someone stands to others during conversation is vital.
Have you ever been uncomfortable when someone stands too close?
Some people don’t seem to understand that putting their face inches from yours during a conversation can have you squirming and looking for the nearest exit.
That person has invaded your personal space. Most people have a certain distance they like to keep from others, depending on the relationship.
About Personal Space
The term “personal space” generally refers to the physical distance between two people in a social, family, or work environment. Think of your personal space as the air between your body and an invisible shield, or bubble, you have formed around yourself for any relationship.
The distance between you and your shield most likely varies from one person to another, depending on a variety of factors, including how well you know the person, your relationship to that person, how much you trust him or her, and your culture. In order to put others at ease, it’s important to understand the importance of personal space.
Determining Factors for Personal Space
The comfortable space between you and someone you know well will probably be much smaller than it would be if you barely knew the other person. With a stranger, it is even greater. Typically, people who live in crowded cities have smaller personal space preferences than those who live in wide-open spaces.
Other factors that determine a comfortable personal space:
• Male to male
• Female to female
• Male to female
• Professional relationship – any combination of male and female
• Romantic versus platonic relationship
• Culture and country
Average comfort levels of personal space distance in the U.S.:
• Approximately 0 to 20 inches for intimate couples
• Approximately 1-1/2 feet to 3 feet for good friends and family members
• Approximately 3 feet to 10 feet for casual acquaintances and coworkers
• More than 4 feet for strangers
• More than 12 feet for speaking to a large group
Invasion of Privacy
General Rules of Personal Space:
These rules vary according to culture and location, so they’re not etched in stone. They’re here as a guideline for social and professional etiquette.
Here are some basic rules:
1. Never touch anyone you don’t know.
2. Don’t reach for anyone else’s children, regardless of your intentions.
3. Stand at least 4 feet away from a person unless you know him or her well.
4. When someone leans away from you, you are probably in that person’s space that makes him or her uncomfortable. Take a step back.
5. If you walk into an auditorium or theater that isn’t crowded, leave an extra seat between you and the next person. However, it is acceptable to sit next to someone if the room is crowded.
6. Never lean over someone else’s shoulder to read something unless invited.
7. Never go through anyone else’s personal belongings.
8. Acknowledge personal space on the road. Don’t tailgate when driving.
9. Don’t fling your arm around someone’s shoulder or slap anyone on the back unless you know the person very well.
10. Don’t enter a room or office without knocking first.
11. Don’t cut in front of people in line. 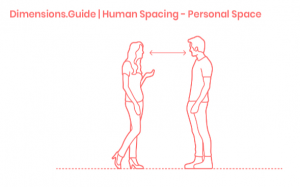 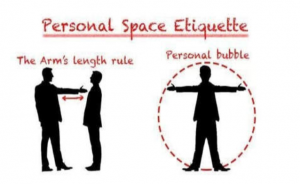 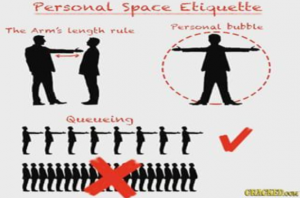 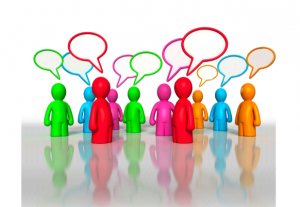 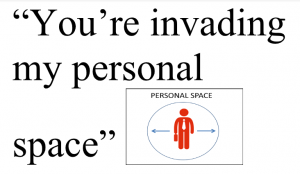 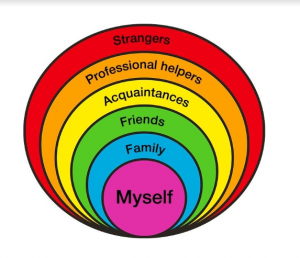 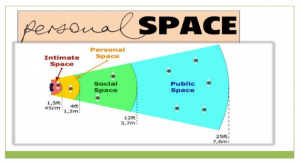 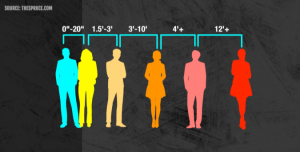 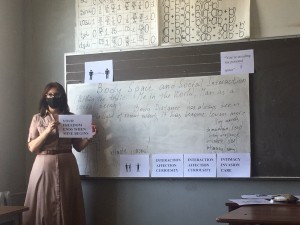