Face is the Index of the Mind

Face is the Index of the Mind
In this lesson, the students of grade 11-1 learn how to describe a person in terms of appearance and personality.
The lesson’s objectives are the following:
• To provide review and practice of how to describe people in the context of appearance and personality
• To provide clarification of appearance and personality words in the context Describing people
• To provide gist and detailed rendering practice using a text The Face of Judas in the context describing people.
Many centuries ago, a great artist was asked to paint a mural for a Cathedral in a Sicilian town. The subject was the Life of Christ. The artist worked hard for many years. The painting was almost complete except for the two most important figures- the figures of the Christ Child and Judas Iscariot. He searched far and wide for people who could be models for these two figures.
The artist found his model for the Christ Child in a twelve-year-old boy. Although the boy’s face was dirty, it was the face of an angel. The artist now needed a model for the portrait of Judas. He was very worried that he would die before he completed his masterpiece. He continued his search, but he could not find anyone who fitted his imagination of Judas.
The story of the incomplete masterpiece spread far and wide. Many men who believed that their appearance was wicked came forward to be models. But the artist was not satisfied. He wanted his judas to be a man whose life had been destroyed by greed and just.
One afternoon when the artist was at the tavern, he found his model. A lean, wretched- looking man staggered in, begging for wine. The man’s face seemed to bear the mark of every sin known to mankind.
The artist was thrilled at having found his model. He worked at great speed to complete his painting. As the work progressed, a change came over the model. The dazed, lazy look on his face was replaced with a strange tension. He was horrified to look at the evil in the face that was being painted. The old man wept bitterly and finally said that several years ago he had been the model for the Christ Child. Now he was the model for Judas also!
It was indeed ironic that a man who as a child had the face of an angel, now has a face that was completely evil. The suggestion is that man is born innocent. But slowly he becomes wicked and losses his innocence.
The careful selection of the learning content and the atmosphere of the lesson stimulate the students ‘ s interest and promote further creative discussions upon the topic researched.
15.09.2022
Grade 11/1
Teacher: K. Aleksanyan 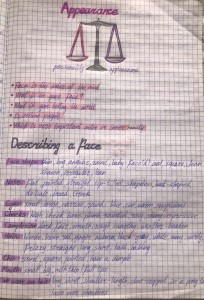 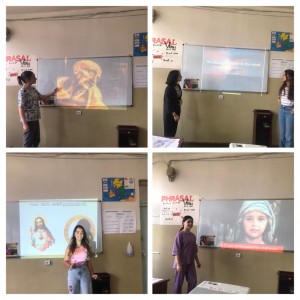